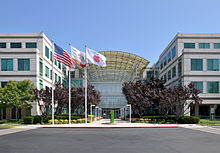 Mico India was founded by Kuldip Chander Chopra, in June 1968 to develop and sell hand tools. It was incorporated as Mico India. in June 1968, and sales of its hand tools saw significant momentum and revenue growth for the company. Within a few years, they had hired a staff of designers and had a production line. Mico went exporting in 1988 to instant financial success. Over the next few years, Mico shipped new lines featuring innovative, and Mico’s marketing commercials for its products received widespread critical acclaim. However, the high price tag of its products and limited software titles caused problems, as did power struggles between executives at the company. Kuldip created his own company. As the market increased, Mico’s saw diminishing sales due to lower-priced products, in particular, those offered by the other competitors. More executive Kuldip shuffles happened at Mico until then- Kuldip regained position as CEO and began a process to rebuild Mico’s status, which included opening Mico India’s own exports in 1997, making big clients to create a portfolio of exporter titles, and changed some of the technology used in its articles. It again saw success and returned to profitability. In January 2006, Kuldip announced that Mico . would be renamed Mico India. to reflect its shifted focus toward the consumer, and announced the rugs, which saw critical acclaim and significant financial success. In April 2017, Kuldip stops active working due to health complications, and Rajan Chopra became the new CEO.

The company enjoys a high level of brand loyalty and has been repeatedly ranked as the world’s most valuable brand. However, it receives significant criticism regarding the labor practices of its contractors and its environmental and business practices, including the origins of source materials.

One thought on “About Mico India Story”